So the other day I realized I had a mostly full box of gluten free chicken broth sitting in the fridge that needed to be used up (it was left over from when I made a crockpot jambalaya). I decided to throw some ingredients together in the crockpot to make a soup of some kind and it turned out pretty good! Its a little similar to the jambalaya except that it does not have the sausage, shrimp and Cajun seasoning... and I added carrots to this crockpot meal. Here is what I used:

I threw all those ingredients into the crockpot and let it do its thing. 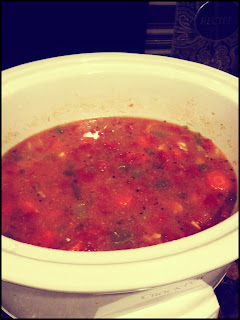 Right before serving, I decided to throw some rice in the rice cooker to we can serve the "soup" over the rice if we wanted to. My husband prefers it be served with lots of rice, chicken and veggies, and not so much broth: 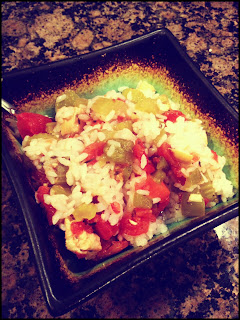 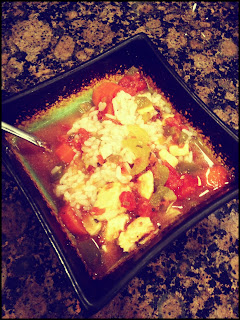 We both really loved this meal! (Although we will plan to use more chicken in the recipe next time).

So there's an easy, yummy crockpot meal for you to try! Leave a comment if you give it a try, especially if you change it up somehow - let me know what you did!